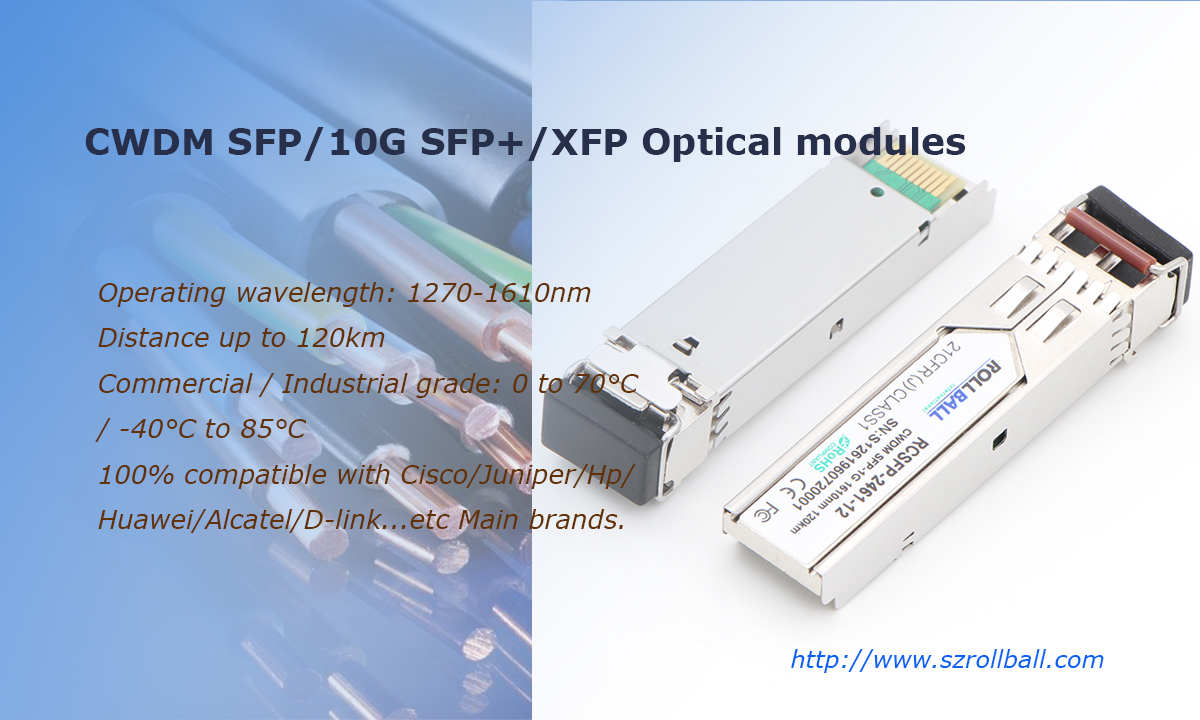 CWDM SFP is a kind of optical transceiver which combines the CWDM technology. Similar with the traditional SFPs, CWDM SFP is also a hot-swappable input/output device that plugs into an SFP port or slot of a switch or router, and links the port with the fiber-optic network. It is a convenient and cost-effective solution for the adoption of Gigabit Ethernet and Fibre Channel (FC) in campus, data-center, and metropolitan-area access networks.

CWDM SFPs usually with 16 wavelengths that range from 1270 nm to 1610nm. In order to better identify the wavelength to which the Gigabit Ethernet channel is mapped when using these CWDM SFPs, we use the color markings on the devices, such as color arrow on label and color coded bale clasp to achieve it. This is why there are many SFPs with different colors for applications. Here, we take Cisco for example. Here, we take Cisco for example. The following table lists the CWDM SFPs with their wavelength and color codes. 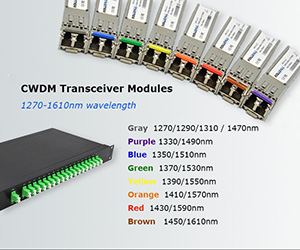 Rollball’s cost-effective CWDM SFPs solution which is 100% compatible with many devices of major brands, e.g. Cisco, HP or Juniper etc. Compatible CWDM SFPs with multi-rate transceiver for data rates from 100 Mbps up to 4 Gbps, transfer distance at 20 to 40km, 40 to 80km and 80 to 120km as well as different color marking options are available in Fiberstore which can better satisfy the different requirements on parameters of our clients. CWDM SFP transceivers also feature digital diagnostics, also known as digital optical monitoring (DOM), which is supported by the majority of switch and router OEMs in their operating system software.