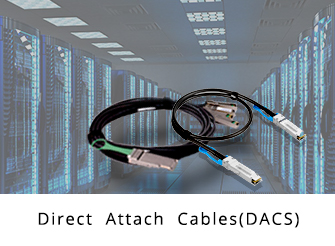 The best input / output performance and optical fiber capacity of 25g Ethernet are 2.5 times that of 10G Ethernet. In the application of data center and 5g forward transmission, 25g is widely used to replace the original 10g products to achieve the upgrading of traffic bandwidth.

25g high-speed cables include DAC, AOC and haoc, and support 25g Ethernet standard. They will not produce insertion loss during use, with low delay, ensuring low power consumption and high reliability. Among them, haoc series has strong dust-proof, water-proof and high and low temperature resistance to ensure its stable operation in different harsh environments; It supports ecpri transmission protocol and can realize 300m transmission.

The 25g optical module includes gray light and color light, which conforms to Ethernet and ecpri transmission protocols and meets industrial requirements. Among them, the color light module, based on DML and EML lasers, can support long-distance transmission within 40km; Multiple wavelengths are optional to meet diverse needs.

As the connection from leaf to spine layer in the data center is upgraded to 100gbps, 10g servers can no longer meet the demand. The 25gbps per channel technology is the basis of the 100gbps (four 25gbps) Ethernet standard. Therefore, 25g transmission rate is widely used in the industry to replace the existing 10Gbps rate.

In the data center scenario, 25g products are mainly used for the connection between servers and switches and between switches. The products used are 25g direct copper cable and 25g active optical cable.